I’m a huge fan of those old, chippy, and occasionally rotten wooden architectural pieces. In fact, I’d like to have far more of them in my home. Unfortunately, it just so happens that they often come with a hefty price tag, or they are so rotten that they simply fall apart in my hand! So until I stumble upon those pieces that speak to me – without instantly crumbling into dust – I have to settle with what I have or simply create something similar…

Aha! Some of you may remember the barn door turned coat rack I put up in place of this piece: 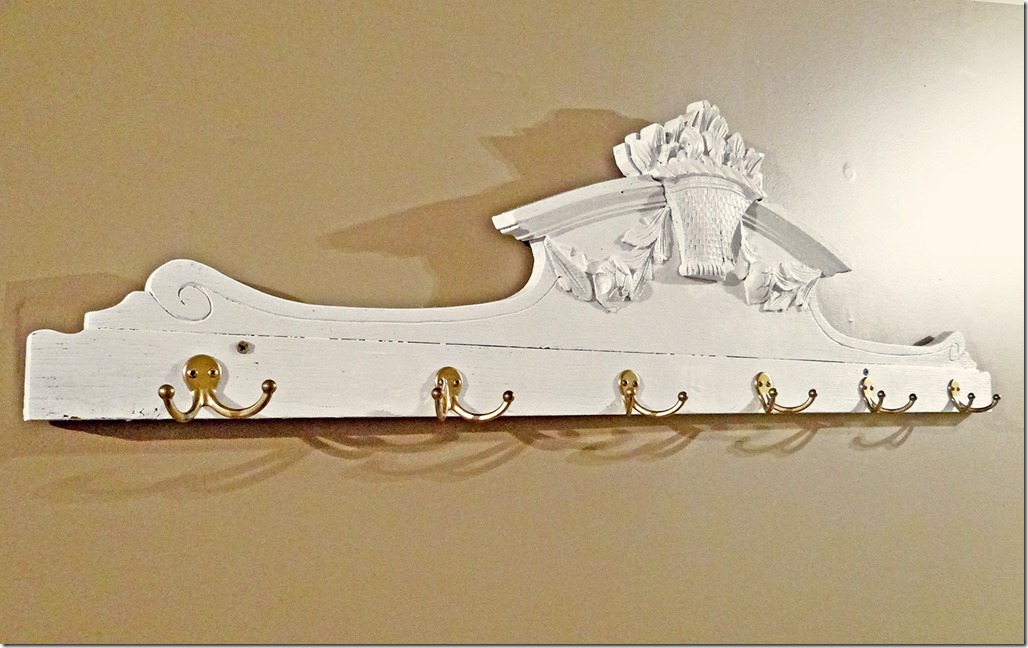 Well, today I finally decided to do something with it. A few swipes of paint and a dab of dark wax would transform this piece into the perfect architectural décor for my French door frame. So off to work I went…

First, and quite obviously, I needed to remove the hardware, so I grabbed a Phillips-head screw driver, removed all the screws, pulled off the hooks, and put them to the side for use on another project.

I then sanded down the holes a bit and filled each one with wood-filler. After allowing the filler to quickly dry, I lightly sanded again, wiped down the entire piece with a damp cloth, and began painting in…you guessed it, Annie Sloan’s Old White! 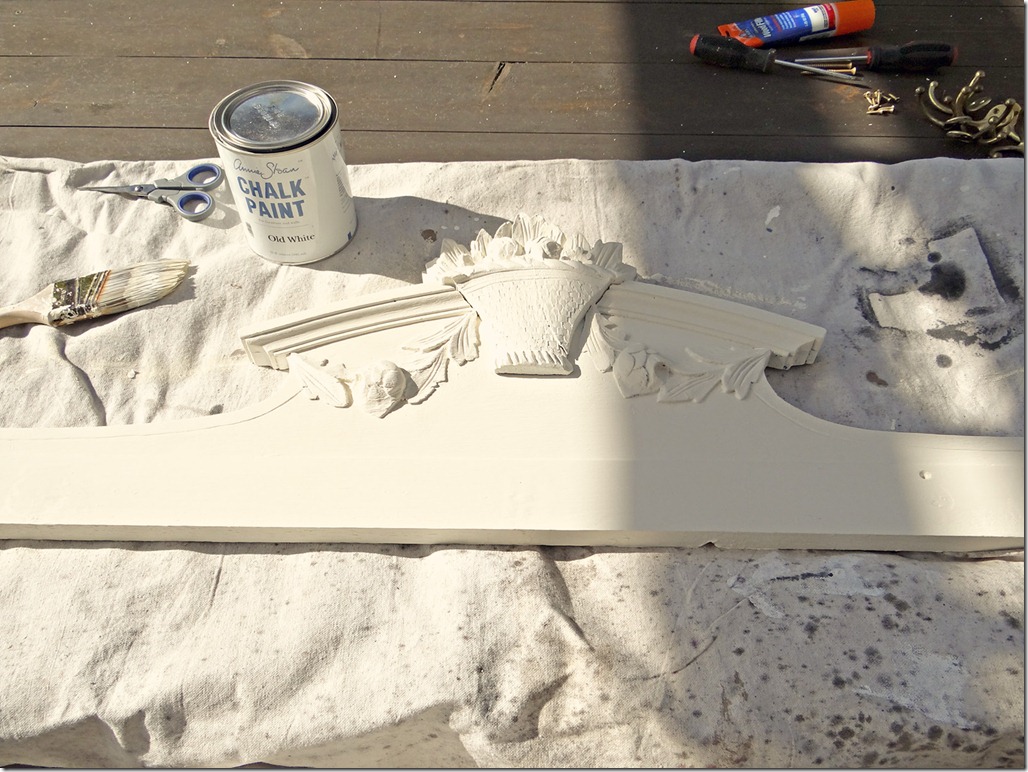 With two light coats of chalk paint, I gave it time to fully dry, and then once again lightly sanded the piece down, distressing at the corners and along the edges.  After wiping it free of dust, I began waxing the entire piece with Annie Sloan’s clear wax. Once the clear wax was buffed, I then began applying dark wax, making sure I really worked it into all of the nicks and grooves:

It took me a while to hang it above the French doors – I really could have used a second pair of hands! But after struggling with it a bit this morning, I finally managed to get it in place, and fairly straight too!

It’s a little more brown than I would typically paint, but I think it mirrors (pun intended) this piece directly across from it quite nicely: 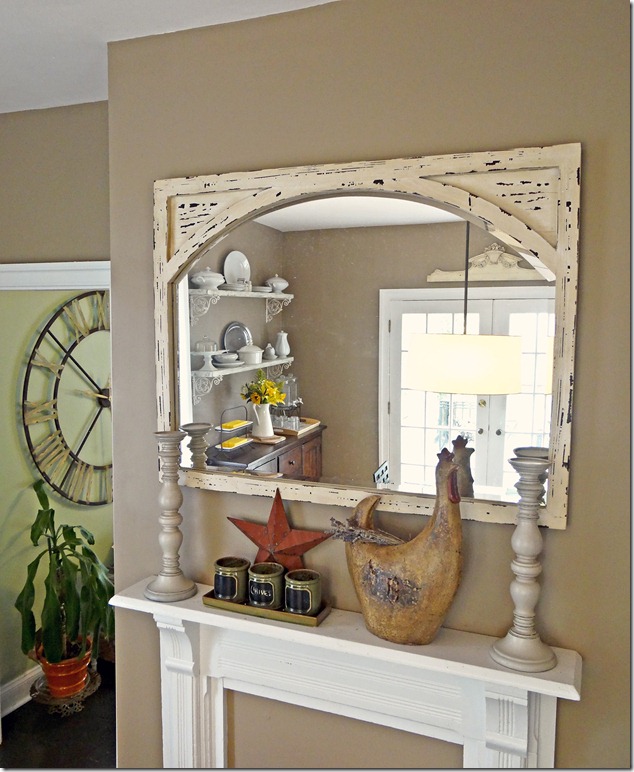 What do you think? Do you have miscellaneous items laying around that, with a little TLC, can be transformed into architectural décor? Time to start rummaging around in your garage!

I strive to give credit where credit is due; I have provided a link for every piece I post that is not my own. All images will lead you directly to the site in which it was found, & all other sources are noted with a hyperlink for quick & easy access. Unfortunately, the origin of a source can often become lost amidst its travels. If you find anything that belongs to you, please contact me & I will happily credit you as the original source.
%d bloggers like this: